Car routes for traveling in Ukraine

Traveling around Ukraine by car can become unforgettable and exciting, the main thing is to take a responsible approach not only to the careful choice of the route but also to the car because the roads along the entire journey can be different. Of course, the best time to enjoy the beauty of Ukraine will be either spring or summer, as any tourist will tell you. However, in the warm golden autumn, the country also has something to see, and most importantly, make beautiful photographs as a keepsake.

A good car is half the success of your trip. It is best to rent a vehicle for your road trip with BLS. The advantages of traveling by car are undeniable: you can stop anywhere and at any time, no one will limit you in time (as you would choose, for example, a bus tourist trip). The car gives a certain freedom in choosing suitable routes, the opportunity to feel like a real traveler, even if you have chosen a weekend trip.

Excursions in Kyiv, castles of Transcarpathia, Kherson desert, "Askania-Nova" reserve, forests and mountains of the Carpathians, historical secrets of Vinnytsia - this is just a small part of what can be seen by organizing an independent trip around Ukraine by car.

The distance to the main places of the visit will be Vinnytsia-Tulchin (90 km), Tulchin-Busha (90 km), Busha-Nagoryany (60 km).

Vinnytsia is one of the oldest cities in Ukraine, a historical, cultural, and commercial center, founded in the 14th century. Many tourists consider the necropolis and museum of the famous academician Pirogov to be one of the main attractions of the city. It was in Vinnytsia that the surgeon acquired the Vishnya estate and lived there until the end of his life. In the Nicholas Church-Mausoleum (about 1.5 kilometers from the estate) you can see the embalmed body of the great doctor.

Tulchin, the hallmark of which is the Potocki Palace, has long been considered one of the best estates in Europe (along with royal ones). Created by the famous French architect, the estate annually attracts a huge number of architecture lovers. Also, Tulchin was considered a gathering place for the Decembrists, therefore, a special tourist route was opened in the city in the footsteps of the Decembrists.

Bush is the oldest rock temple. Pagan cells are located on a stone ledge, for more than 2 thousand years rituals have been performed in the temple and are full of the forces of nature. Busha is considered one of the largest cave temples in Europe with rock paintings and frescoes preserved in their original form.

The village of Nagoryany attracts tourists with its limestone caves dating back to the Stone Age. Until now, the exact age of the caves has not yet been established.

It is interesting! In the neighboring village of Lyadova, you can visit a functioning male Orthodox monastery located in caves. 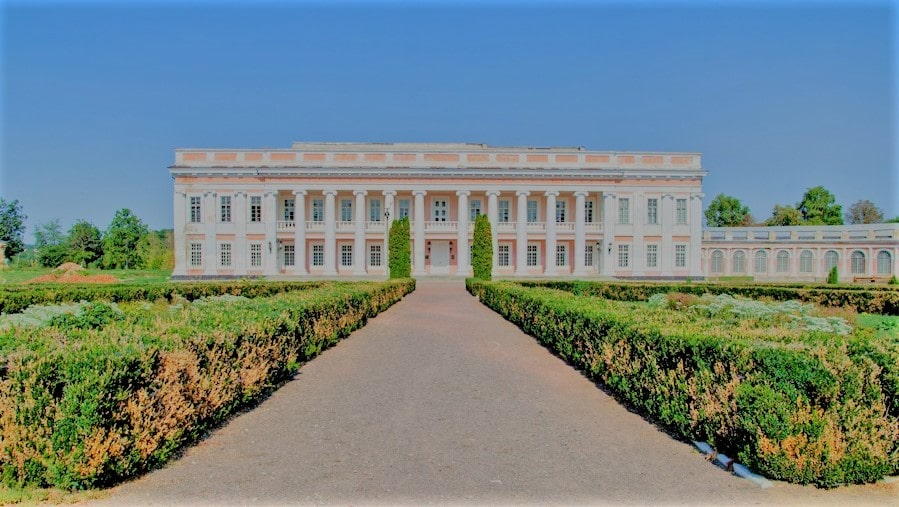 If you love the beauty of majestic mountains and cliffs, rest assured - this route is perfect for you! The journey along this route will begin in the village of Urych with the ancient fort of Tustan. During the times of Kievan Rus, there was a checkpoint between the principalities.

Immediately after visiting the fort, you can go to look at the housing of the ancient Cro-Magnons, in the village of Rozgirche. The caves that arose before our era have been perfectly preserved. But a pagan monastery that was once located not far from the dwellings, unfortunately, is partially destroyed.

The rocks of the Dovbush rocks, which were formed at the site of the fault of tectonic plates, have a special energy. The rocks are located near the village of Bubnishche. It is very easy to get there with a map at hand.

This tourist route will take you only one day.

It is worth starting to travel along this route from the city of Kherson. Here you can see the remains of the Kherson fortress, surviving earthen ramparts, Northern and Ochakovsky gates. Also, on the territory of the fortress, there is St. Catherine's Cathedral - a unique building of the 18th century.

Attention! Going to Oleshkivski sands in hot summer, do not forget a hat and water!

Oleshkovsky sands will take you to the very heart of the Ukrainian desert - the largest in Europe. Previously, this area was closed to the public and was used for military exercises. However, at present, there is a national park and excursions are conducted: both on foot and by jeep.

After visiting the desert, you should go to the biosphere reserve "Askania-Nova" and enjoy the flora and fauna. Rare representatives of flora and fauna (buffalo, lynx, zebra, llama, tigers, etc.) are collected on the territory of the reserve.

You can communicate closely enough with some representatives of the animal world. And from the arboretum, located right there on the territory of the reserve, you can bring unique photographs of plants listed in the Red Book. 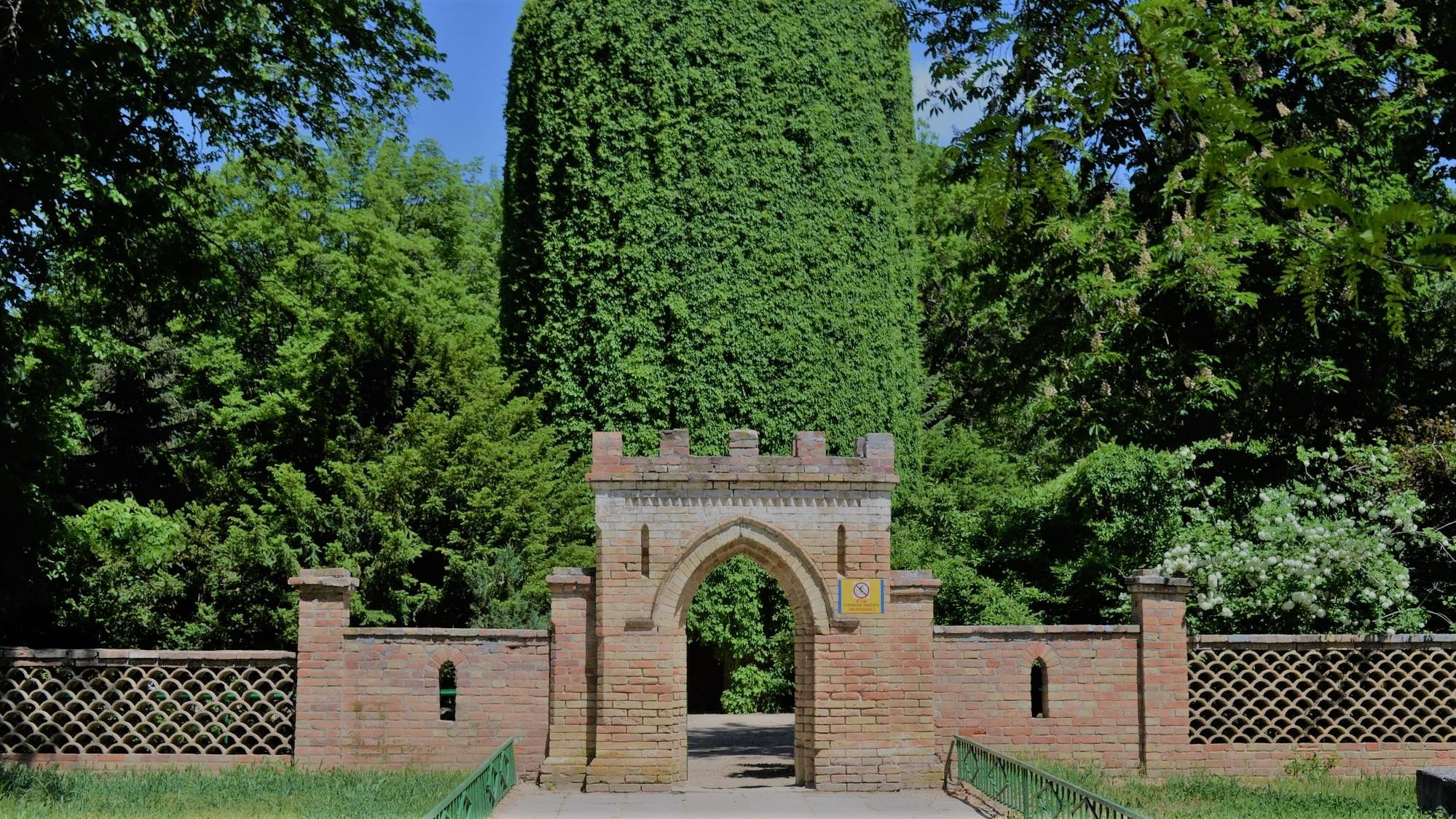 Uzhgorod is famous for its fortress, erected in the 11th century, currently, the Uzhgorod Museum of Local Lore is located here.

It is interesting! According to legend, the daughter of Count Druget was walled up alive in the walls of the fortress because she let the invader into the building. Her spirit still roams the corridors of this castle and scares the guards at night.

From Uzhgorod castle to the village of Nevitskoe, it takes no more than half an hour to drive along the road. The ruins of Anna Druget's castle can be seen between Nevitsky and the village of Kamenitsa. According to local legend, she was known as a cruel, self-righteous, and evil woman (for which she received the nickname Cruel Maiden), often sacrificing young girls. The castle was destroyed long ago, but parts of the towers and some fortifications have survived to this day.

Mukachevo is located an hour's drive from Nevitsky. Here is Palanok Castle - the oldest structure built on a volcanic mountain. Here you can see torture chambers, prison cells, your square, and listen to many interesting legends.

The village of Chinadievo is famous for its romantic fortress "St. Miklos". This two-story building of stone with a red tile roof has changed many owners and is perfectly preserved to this day. In addition to excursions, "St. Miklos" hosts wedding ceremonies.

Tired of ancient monuments? Drive along the Latoritsa River. In 15 minutes you will see the Carpathians. Magnificent landscapes, the beauty of forests, mountains, and silence will allow you to relax and recharge with the energy of nature. 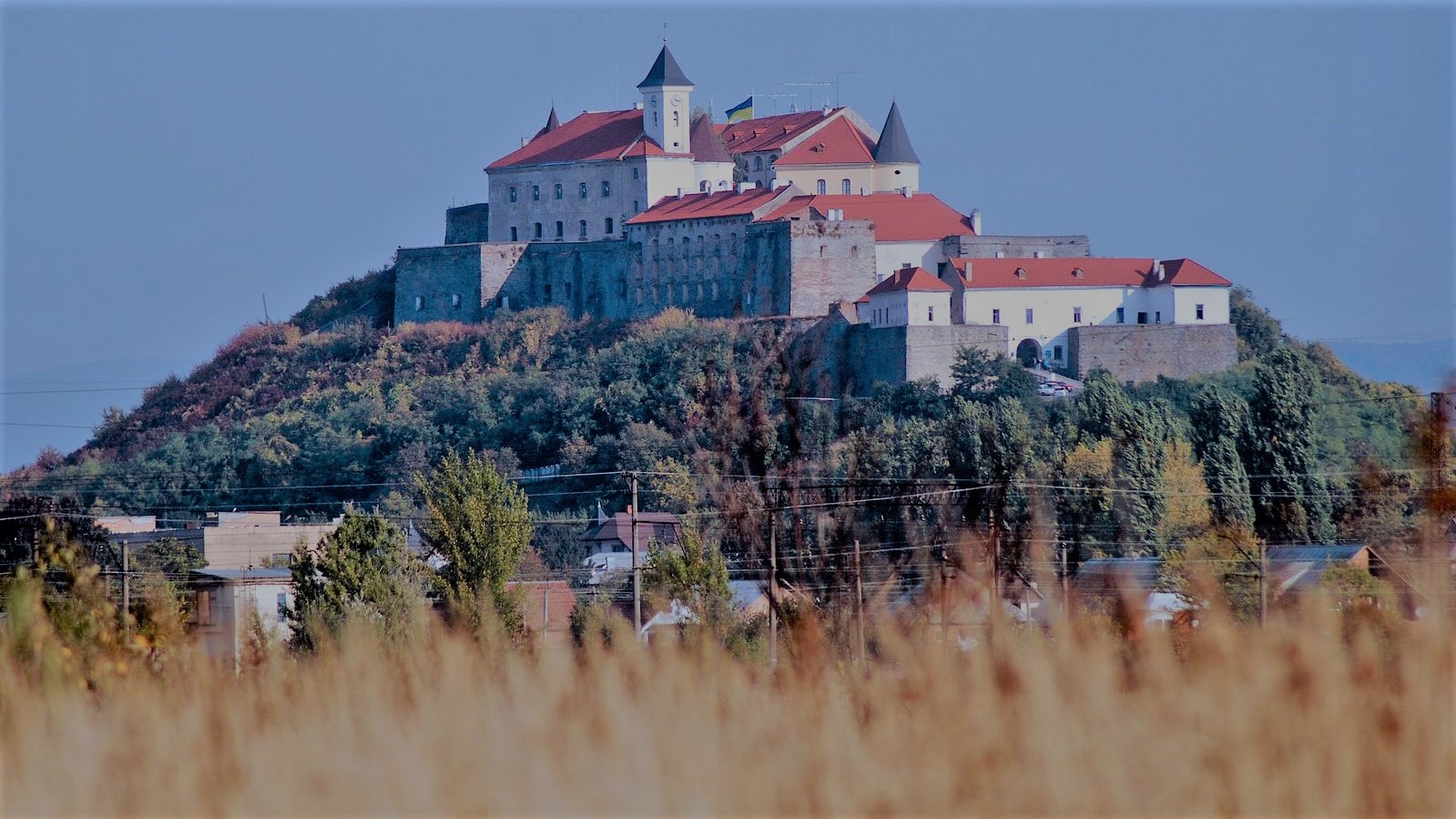 This route will appeal to both adults and children. The whole journey will take about 55 kilometers, Kamenets-Podolsky-Kryvche (5 km), Krivche-Khotin (50 km), and there will be a lot of impressions.

Kamyanets-Podilskyi attracts travelers with its architecture and a huge number of historical monuments dating back to the 14-16 centuries. Churches, cathedrals, triumphal arches, cliffs, and old manors are just a small part of the heritage of this city. But the most popular is the fortress, which has survived to this day and is amazed at its fundamental nature.

It is interesting! The famous film "Taras Bulba" was filmed in the Kamenets-Podolsk fortress.

Have you dreamed of seeing something unusual? Go to the village of Krivche. It is here that the famous Crystal Cave is located. The total length of the cave is 23 kilometers, the depth is 40 meters, but a safe section of 3 kilometers is available for tourists to visit. The cave contains many corridors and halls with walls made of natural crystal.

Khotin with its Khotyn fortress, one of the seven wonders of the world in Ukraine, is located about 40 minutes drive from Kryvche. The first mention of the fort was made in the 6th century, but it is perfectly preserved to this day. In this fortress, you can feel all the power and invincibility of Kievan Rus, because it was she who served as the main defensive structure against the attacks of the Turks and other conquerors. 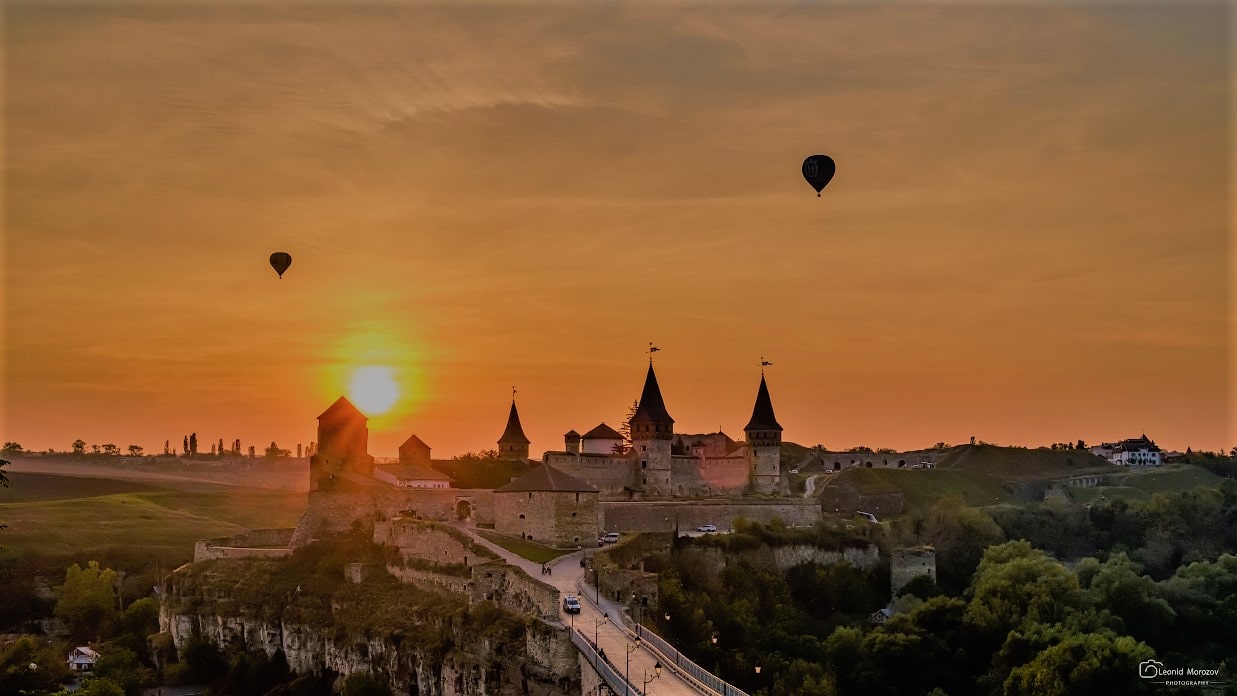 Tourism in the Ternopil region is developing rapidly, especially automobile tourism. If you're thinking about where to go to see ancient castles and incredible structures, don't hesitate! Go to Chernivtsi and further along the route!

Chernivtsi is a kind of Carpathian province with European charm. Here is the residence of the Metropolitans of Bukovina and Dalmatia. Beautiful cobblestone streets, a church, churches and cathedrals, the first stone house, and much more.

Not far from Chernivtsi there is Zalishchyky. Near this town, the Dniester changes its course, unfolding, so it seems to many that Zalishchyky is an islet surrounded by water. Once upon a time, Zalishchyky was a famous Polish resort, and now it is the regional center of the Ternopil region.

Nyrkov is located 40 minutes drive from Zalishchyky. Once upon a time, there was an ancient castle here; only two towers in the Gothic style have survived to this day. However, not far from Nyrkov, you can see the largest flat waterfall in Ukraine - Dzhurinsky waterfall. The waterfall is 16 meters high. Nearby there is an old water mill and the ruins of the ancient city of Chervonograd. 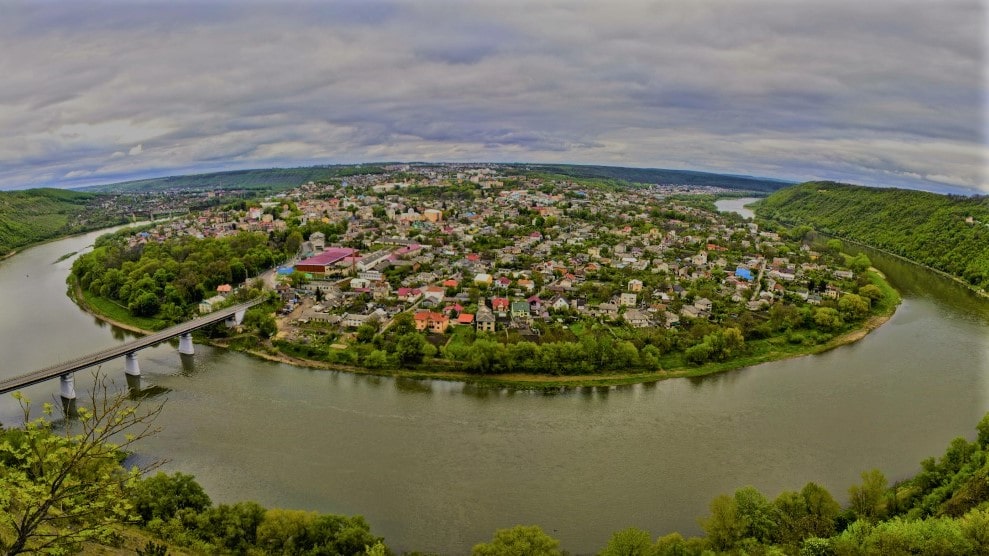 The route is perfect for the whole family, as well as for lovers who dream of taking beautiful photos as a souvenir. Distance Lutsk-Dubno (56 km), Dubno-Klevan (64 km).

The journey of this route begins in Lutsk, in the Lubart castle. The structure has been perfectly preserved to this day, so there is something to see there. You can book an excursion and climb the Entrance Tower - the view from there is incredible.

Dubno is located 56 kilometers from Lutsk. Here, by the river Ikva in 1492, the Dubensky castle was built. In addition to the castle, tourists are attracted by the Tarakanovsky Fort with many passages where you can get lost.

Klevan is one of the most romantic places on the route. After all, it is here that the famous green arch-shaped tunnel is located. Trees and bushes have formed a natural tunnel of love, which is visited by many couples every year. 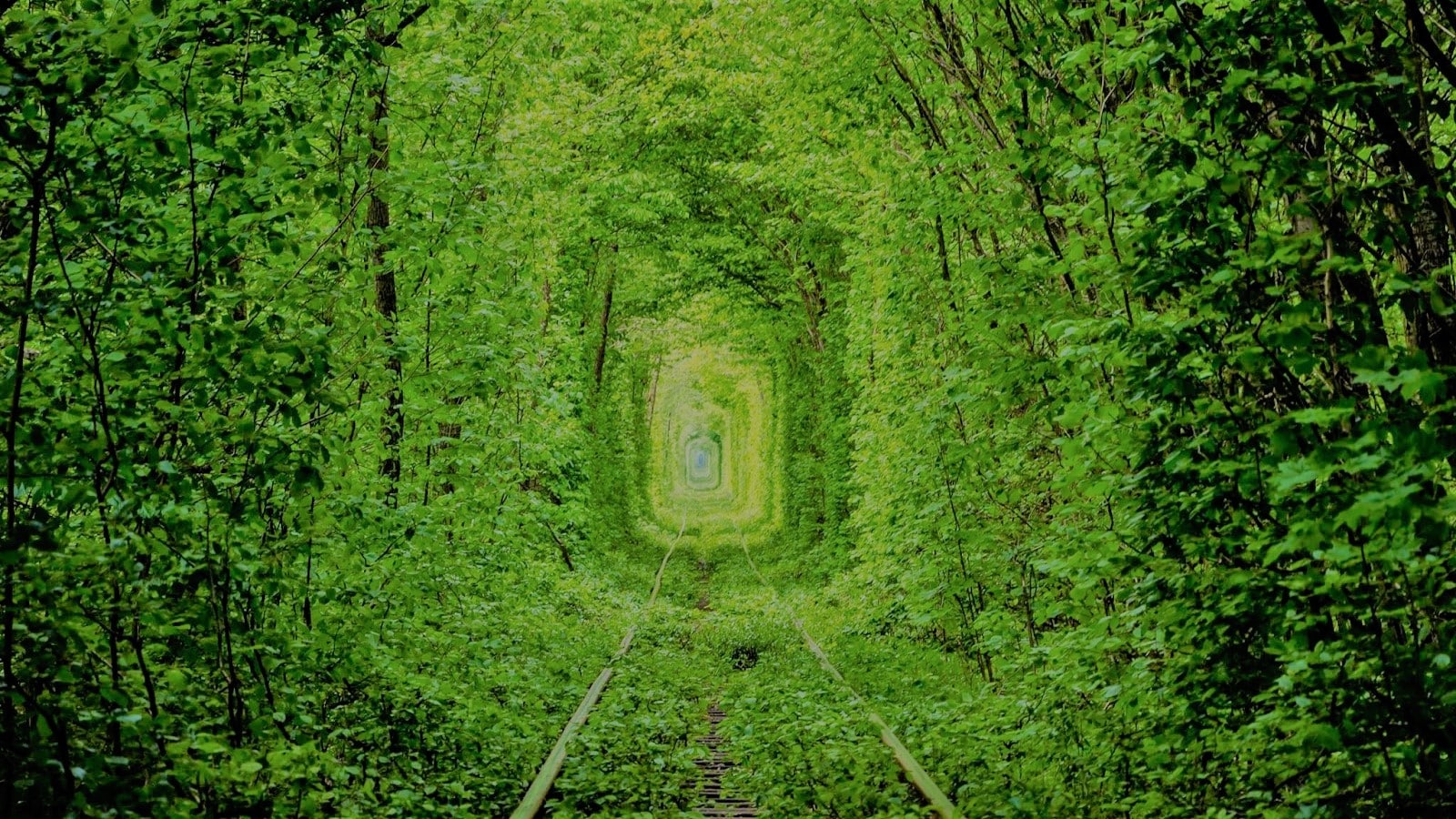 Going independently by car in Ukraine along any of the selected routes, you can be sure: you will have a lot of positive impressions from sightseeing, visiting natural monuments and unique places of the country. BLS, providing you with quality rental cars, does everything to make your trip bright and unforgettable.